Savéol's market gardeners, for three generations, have lived out and nurtured their talents, between land and sea at the tip of Finistère.

HIGHLY PRESENT IN THE REGIONS

Savéol's market gardeners, for three generations, have lived out and nurtured their talents, between land and sea at the tip of Finistère. Savéol’s origins intermingle with Brittany's soil and the centuries-old tradition of fruit and vegetable growers.

With the territory a part of its fibre, Savéol naturally enjoys close ties throughout the region. The production units cannot be relocated; when, in April 2016, the cooperative’s new headquarters opened in Plougastel-Daoulas, it offered yet further proof of Savéol's right and lasting future in the region. These roots which it nurtures support the constant desire to become involved and participate in the region’s economic and cultural reach. 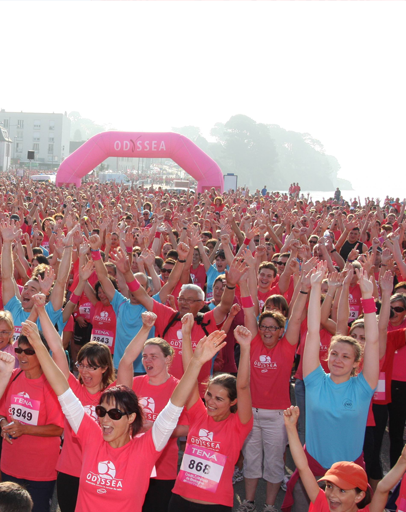 With its strong attachment to its region, Savéol engages in local activities. The cooperative is called upon to support various sporting or cultural events and is present in many project groups across Brittany aimed at building the sustainable agriculture of the future.

Savéol is, for instance, a partner to the Museum of the Strawberry and Heritage, a commitment that shows and extends forward its attachment to a crop the name of which is forever attached to that of the City of Plougastel.

The cooperative also takes part in the Odyssea Brest race, supports Brest Bretagne Handball and Brest’s maritime festival, a way of supporting the region’s cultural dynamism and attractiveness to tourists.

Savéol contributes to showcasing local names. As was the case with the Puy green lentil or the Noirmoutier bonnotte potato, the Plougastel strawberry is being reborn. Savéol relaunched it in 1996 when designations of origin were on the decline.

​The efforts of market gardeners, the investments of the cooperative and the support of the entire sector, including distribution, made it possible for this foodlover's treasure to return to the fore.

Since then, Savéol has maintained this high-end choice with limited-volume production. The specifications are strict so as to produce a fruit of the taste standard to which consumers are so attached.